This Friday and other stuff

Just a heads up - we may possibly be showing some clips from our film and Steve (me) may be on hand to answer questions - THIS Friday 5/30 at the Newark Bears' game. They are doing an NJ Toll Extravaganza and it would be on the jumbotron. All fans who present a toll receipt will get a discounted ticket. It came up as a last minute thing, we're just seeing if we can do it in time. 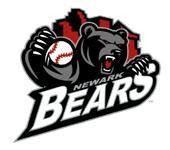 In other news . . the Hoboken Film Festival is taking place this weekend. We're eying it for next year, as our film is not yet completed, but check out our immensely talented friend's film: "Fratelli Breaks" which is showing there this Sunday 6/1.

In June you can expect on this blog:

-Updates on where screenings will occur
-Readers' emails (as features)
-More clips (they'll be more in the summer)
-And a Top 10 List of New Jersey stereotypes . . . please send me your suggestions and subscribe to our blog (the link is to the lower left)!

Thanks to Christopher O'Mealy and Montclair State University for helping shed some comedic insight on the question that makes up most of my hate mail.

More on the sports battle within the state

I have written extensively on the sports' divide in New Jersey, more specifically - whether you are a New York/ New Jersey sports' fan or a Philadelphia sports' fan.

But this sideshow may be of interest to you: the big boys are using the minor league sports' teams to stake their claims in the state.

In Trenton, which has a very mixed sports loyalty base, the New York Yankees and New Jersey Devils are marking their territory like protective cats. In 2003, the Yankees made the Trenton Thunder their Double AA Minor League Baseball affiliate and in 2007, the Devils took over the rights to the Trenton Titans (who were affiliated with the Philadelphia Flyers) and renamed them the Devils. The Trenton Devils' slogan for the 2007-08 season was: "Paint this town Devil red."

In Lakewood, which even though it is in Ocean County, and geographically south, is all New York/ New Jersey fan territory. A trip to the local Dunkin' Donuts or Sporting Goods apparel store will confirm this. The Philadelphia Phillies brought the Blueclaws to Lakewood in 2001 and it is their Single A affiliate.

What you now have is the Phillies' minor league team in an area heavily loyal to North Jersey/ New York and the Devils' affiliate in a highly disputed area, Trenton, which is neither completely loyal to Philadelphia or North Jersey. I met plenty of Philadelphia Flyer fans who debated giving up their season tickets because of the name change, but admitted it was smart marketing by the New Jersey Devils. I have no thoughts from the Lakewood residents, as the move was well before I started this documentary.

What about the Trenton Thunder? Well, they landed safer in my opinion. Even though Trenton is disputed territory, and contains plenty of Phillies' fans - the New York Yankees are like the Dallas Cowboys of baseball. Thus, their fan base stretches further beyond geographic borders than say, the local NBA, NHL or NFL teams. Trenton feels like home for them - and I say this as a native and as a Phillies' fan.

So it seems some of the major professional sports' teams are using their minor league organizations to spread their influence. Central (and I use that word loosely) New Jersey is the battleground. Is it working? Does it matter? Or is it just smart marketing?

Could Mercer be barren of Philadelphia fans in 20 years? How about Ocean County barren of Mets' fans? This all remains to be seen. If the attendance remains high at all of these venues - the younger generation may tell us who won this battle when they buy season tickets.

But I totally recommend supporting your local minor league baseball team this summer. It's something different and relaxing, as well as a greater chance of catching that foul ball.

Here are the teams:

EVERYONE will love this

OK . . . I listen to weird music now. Living near NYC will do that to you. Included in my MP3 collection would be The Kills, Jamie Liddell, Josh Ritter, anything that Jack White does, Wyclef's experiments, Jurassic 5, Zero 7, Beck and Goldfrapp. My girlfriend HATES my music and says that I should just move to New York and get it over with. But this is something nearly every Jersey person, North or South, could agree on: Bon Jovi. Here they are on 60 Minutes:

And I'm mentioning music because we're spending the next couple months going through HOURS of music to find the perfect NJ bands and songs to fit our soundtrack. If you have any recommendations - please email or comment. I'll probably post a couple of our favorites on here in later posts . . .
Posted by Steve at 11:57 PM 2 comments:

Me, as promised, in my NJ Devils' jersey, using my hands to fit the emblem in the pic. But will Ewing be the same in the movie? You'll have to see. The latest news is that I am going to a semi-wrap party tomorrow . . . and the editing will more than likely be done in June. We're thinking 2 - 3 versions. One short (about 25 minutes), one long version (an hour or more) and one short version for general audiences (international and those in the US who aren't familiar with the state). Stay tuned!

PS - The movie will be be making the film festival circuit in its early stages . . . and that means we will also be entering in many of the NJ film festivals . . . so be prepared to see it in your local theater!
Posted by Steve at 7:10 PM 1 comment:

Last hours to vote on Ewing

If Ewing is decided to be north . . . I will post a picture of me in my Devils' jersey. 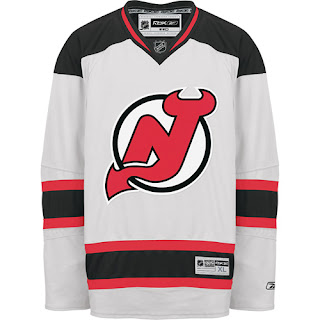 If Ewing is decided to be south . . . I will post a picture of me in my Phillies' hat. 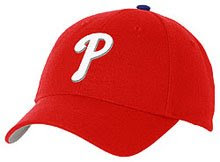 YOU decide!
Posted by Steve at 8:21 PM No comments:

My hometown, Ewing, North or South?

When asked, "Why did you start this project?" I have often cited that many people who grow up in Mercer County ask this question often.  For instance, there are many facebook groups dedicated to North and South Jersey and one of them debated "getting rid of Mercer" . . . . and did.
It was feeling like we didn't fit in anywhere.
In Mercer, we really are our own entity. Princeton-Trenton is considered to be its own metropolitan area, even though the influences from New York and Philadelphia are both quite high. Well now, my hometown, Ewing, is in the spotlight. 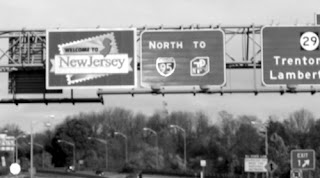 Arguments for North:
-Residents get nearly all the New York news and sports' channels on basic cable with the exception of NBC 4 out of New York, though they do get it on HD.
-It is North of Trenton
-As of 2000, the county is considered to be part of the New York metropolitan area (if you ignore the smaller Trenton-Princeton metro area referenced above)
-No Wawas in the town, but there is a prominent 7-11 close to TCNJ (and I rarely, if ever, visited a Wawa when in High School  . . . except that dingy one near Princeton University).

-It is a "hoagie" here and "Pork Roll" . . and since Pork Roll was actually invented around this area, don't EVER call it Taylor Ham.
-Closer in miles and driving distance to Philadelphia
-Township borders the Delaware River
-Septa train line connects town with Philadelphia

-Both local newspapers cover Philadelphia AND New Jersey/ New York sports' teams; it was common to see teachers and students fighting at my High School over the Giants and Eagles.
-It is easy to get the NJ Transit train out of Trenton to go to New York or the SEPTA R7 to Philadelphia, also out of Trenton.
-In our documentary one girl summed up the feelings that many have in Mercer. When interviewing her on the campus of TCNJ, she told me that she was a Yankees' fan and grew up in Burlington County her entire life. She said that she was messed with by Philly fans often, but once she crossed into Mercer, she felt "it is now OK to be a Yankees fan." Certainly the Yankees don't dominate the area, as there are many Phillies' fans, but in Mercer, "It is now OK."

So Mercer County's slogan could be: "Mercer: the county where's it's OK to root for any sports' team and not get thrown out of the bar. . . . well unless you're a Dallas fan."
Though you may say it's an argument for Central Jersey - try finding any other counties like this one.  It could be just my native pride - but there is no other place in Jersey like it.  But please vote above and we'll see if it's closer than the Asbury Park vote . . which turned out to be: 63% North to 36% South.
Posted by Steve at 1:09 PM 3 comments:

Three nail salons on one block! 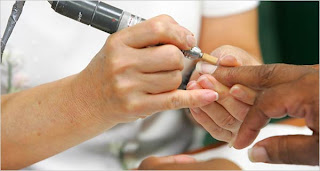 I've currently counted at least ten North Jersey municipalities where this exists. I even caught one husband sleeping under a hair dryer while waiting for his wife. . . can't you build a nearby pub for that guy?

Is Asbury Park in North or South Jersey?

OK, I was shocked at how one-sided the Flemington votes were (88% North, 11% South) so I decided to go across the state - way across - to the beach. Bruce Springsteen had a great speech about what it means to be from New Jersey at the New Jersey Hall of Fame induction ceremony a week back. . . so I thought it appropriate to pick the town which inspired his first album cover, Asbury Park.

-Residents get all New York local news and sports' channels
-NJ Transit train lines to Newark/ New York go through the town (and south of it) . . . no --Philadelphia linked train line.
-Residents are New York/ New Jersey sports' fans . . . not a Philly fan in sight
-People fly out of Newark
-It is a "sub" here
-They call tourists "Bennys" not Shoobies

-They get some Philadelphia network affiliates - it differs slightly with cable plan*, but both get at least 3 -4 channels
-It is Pork Roll, not Taylor Ham
-There are an abundance of Wawas around, complete with Philly soft pretzels
-It is south of the Raritan River
-It's at the Beach . . so a completely different attitude than those farther north . . . many flip flops around during summer months.

*Asbury Park is split with basic cable, some residents get Cablevision, some get Comcast.

Is Flemington in North or South Jersey?

Is Flemington, the county seat of Hunterdon County, in North or South Jersey? Please Vote above. 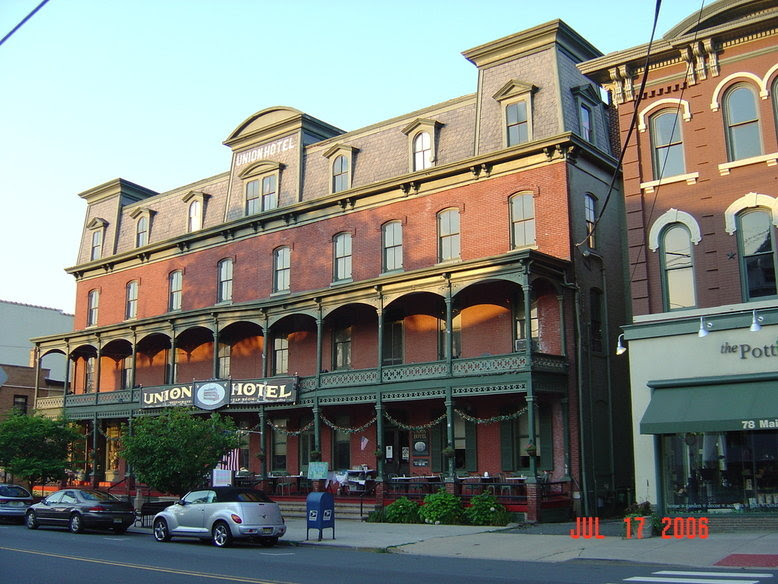 -It is called a "sub" there
-Few Philadelphia local news channels in sight on basic cable (only FOX 29 and CW Philly)
-Mostly New York area sports' fans
-People will fly out of Newark rather than Philadelphia.

-There is a nearby Wawa
-It is Pork Roll, not Taylor Ham
-It is south of the Raritan River
-Closer to Philadelphia in miles.

Ladies? What will you be wearing out this weekend? 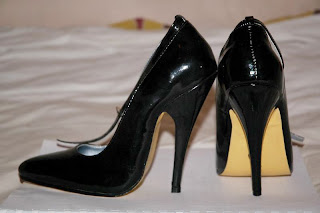 While in South Jersey, it's flip flops! 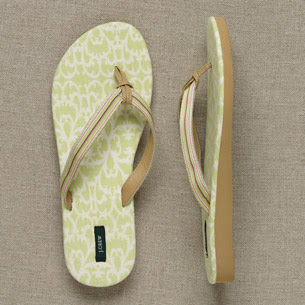 Does that mean if there is a Central Jersey then women there wear kitten heels?
Posted by Steve at 5:20 PM 3 comments:

What do our neighbors think of us?

Thanks to Hallie who did most of these interviews . . . the fuller versions can be seen upon the film's full release.

There are many points this post can raise, conflicting ones at that, but concerns that will be addressed in the film.
Posted by Steve at 12:46 AM No comments: