Why Jersey Pride is unfashionable . . . for some 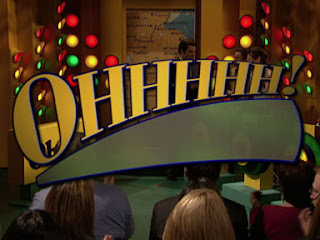 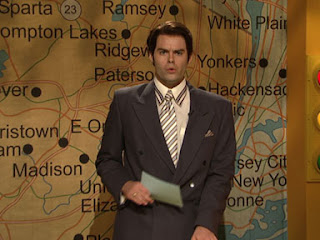 In October, Jon Bon Jovi was the host of Saturday Night Live. One of his first sketches was portraying Carlo, who works two no-show construction jobs around New Jersey. The game show studio was "located" in Secaucus, NJ and the premise was that anytime anyone found something offensive, they had to buzz in and say, "Ohhhhhhhh" and then explain why it was wrong.

Fred Armisen's character noted that substituting velveeta for ricotta when making baked ziti was like spitting on his grandmother's grave. 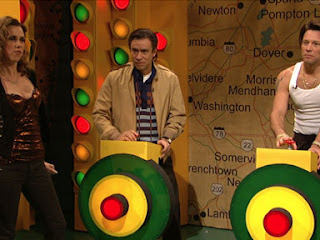 All of the characters as well as the host were Italian-Americans from New Jersey and even the girlfriend who came on, was a whiny Italian woman who did the unthinkable: insult Frank Sinatra to her on-and-off boyfriend, the game show host. 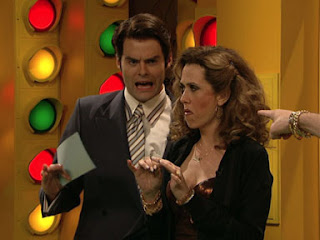 Even, before the Sopranos - this has been the image of the iconic New Jerseyan: Italian, working class and thus, uncultured. When Ashley Dupre was revealed to be New York Gov. Spitzer's call-girl, this was only strengthened. (Since her mother's last name was Capalbo - it is safe to say that Dupre has some Italian heritage).

If I asked you to imagine what the prototypical Jersey girl is - she'd probably be the North Jersey Italian (or many times Jewish) girl- as describe here, "the dumb brunettes." Even MadTV had a sketch known as "Jersey ladies" which helped popularize the image of the Jersey Girl. . . though they are somewhat more diverse here:
It is true that not every joke about New Jersey goes back to Italians . . some could argue that the cultures have mish-mashed so much that we're all uniquely "Jersey" now. But, I still argue that the image others have about New Jersey - starts with that usual Italian, North Jersey caricature.

New Jersey has the second largest ratio of Italian-Americans in the US and because of the media's romance with the mafia - this is the image that has endured. It has usually been the North Jersey working class guy - "who tawlks with w's when ordering cawfee and chaw-klate" even though some of the largest Italian-American populations in New Jersey are in Hamilton, Hammonton and Vineland.

It is of important note that most are already third and fourth generation Americans, many have married non-Italians and thus cannot even utter a word of the mother-tongue. (Your writer here is half Italian . . . ma parlo italiano abbastanza bene).

Not all the stereotypes are about Italians, true, but many have started there. However, despite these labels - New Jersey is one of the most diverse states in the nation. We are many cultures, religions and ethnicities and have benefited from them all. We have a vast array of awesome ethnic restaurants because of this. And if you ever check out the New Jersey tourism guide - you can celebrate many ethnic and religious holidays at very big festivals - and gorge yourself on the food that - let me tell you - you cannot get in many other parts of the US. And if you can, the quality is questionable. (My parents now live in Arizona and my dad begs me to bring a piece of pizza or a bagel back from New Jersey . . . we won't even get into Taylor Ham Pork Roll).

When you are right next to the most cultured city in the US, and on your southern half, you have the birthplace of the nation, you will automatically have a complex like you're not good enough. This is why many educated people from North Jersey will tell out-of-staters that they are from "the New York area" or their southern brethren will say they are from "the Philadelphia area" and cringe if they had to utter . . . New Jersey.

While this is going on - many of the blue collar people that I spoke about earlier will embrace the tag of saying, "I'm from New Jersey" along with the Shore people who usually don't try to escape the tag either.

So Jersey Pride has mostly been equated with blue-collar, working class culture (and thus unfashionable for many of the more educated New Jerseyans). And though many musicians like Springsteen, Bon Jovi the band and director Kevin Smith have embraced the state in the media - the bad taste for many remains.

So people fear saying that they are from New Jersey would have them labeled as a "Guido" or perhaps even, "The toxic avenger." And up North, there are those who shun it too and I would think it is why they would rather be Ranger fans than New Jersey Devils fans . . . but let's stay on topic.

I have seen many people at the shore changing this image, whether they meant to or not. They do not hide their Jersey Pride, and although they clash with the group known as "Bennys" - they do share something in common with those Bennys from New Jersey - Jersey Pride, though it may be of a different variety.

So I believe that part of our complex (not the part related to North Jersey being thought of as ugly) is that New Jerseyans, right or wrongly have been stereotyped so much in the media, the North Jersey mafia-tied, Guido guy and big-haired girls- that we seem like such a culturally distinct group - such as the Cajuns in Louisiana - but an undesirable one at that.

And those of us that don't fit under these labels - shun the state as to avoid being labeled unfavorably. In my experience is it certainly why South Jerseyans would say "South Jersey" or "Philadelphia-area" before saying "I'm from New Jersey." . . . They don't want to be called Tony Soprano.

But New Jersey does have culture. We have a tremendous amount of museums, theaters, concert venues and trendy downtowns to make most states jealous. The iconic New Jerseyan as portrayed in the media does exist. . . most stereotypes aren't invented out of thin air and yes, the state has a lot of corruption, but they do blur some lines.

Part of my project in this film has been trying to explore the many New Jersey cultures and find things besides Springsteen and Bon Jovi that unite us and give us all pride. Going here is a big part of that pride for sure. . . but what is Jersey Pride for you? 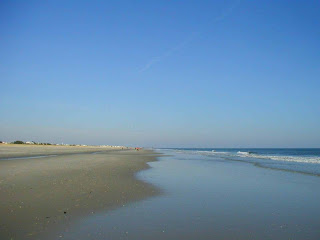 I'm not blue-collar yet I have Jersey Pride! I went to school out of state and can't begin to tell you how much of an appreciation I have for this great state (minus its government)! I wore my 'JerseyFresh' produce t-shirt to class as often as I could. And that still doesn't give my pride any justince.

I feel for your parents! I lived in Arizona for 5 years when I thought I couldn't stand living in Jersey anymore...made me realize how much Jersey was a big part of me and that I loved it and missed it.

Arizona may have authentic mexican, but Jersey has much more! Glad I moved back!

I grew up right outside of the Meadowlands, but have spent the last 15 years living 45 minutes southwest of there in the southernmost tip of Morris County. Within a few miles in one direction, there's the quintessential built-up highway with strip malls and fast food joints. But go another direction, and you find a wildlife refuge, spacious farms, and rolling countryside.

While I'm still strictly in North Jersey, I like to tell people I'm from North Central Jersey. Yeah, I know there's no such thing, but like you say, there's such a Tony Soprano stereotype in North Jersey (and having grown up there I can say with some authority it's not entirely undeserved) which just doesn't fit who I am or where I live.

I'm glad I found your blog, and I'm looking forward to your movie!