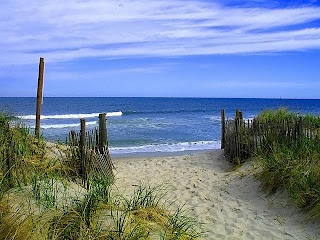 My name TJ, I am 23 years old, currently live in Brick and can tell you that I do not live in North Jersey or South Jersey, but live at The Shore and have so my entire life. I have never lived north of Neptune or west of the Parkway. I have flown out of both Newark and Philly. While I root mostly for the Jets and Yankees, my family also supports the Phillies and the Eagles and would never, ever root for the Giants. My family has been based here for generations. Many of my friends are like me, ambiguous on teams, get made fun of for our accents by both north and south Jersey people(found this out when I went to Rutgers), and call it pork roll. Please don't call the towns in Ocean county and Monmouth county north Jersey due to the large influx of Bennys permanently relocating to the area( as a friend of mine now lovingly calls the area "little Long Island"). We are the shore, both area's come to vacation here, but we don't vacation there.

One other thing about this great state: While the North hates the South, and the South hates the North and we at the Shore hate everybody, one thing holds true. Like the Greek City states of old, we do battle with each other on a regular basis, however should a foreigner like NY or Philly, like Persia, attack one of us, we band together to fight off the invaders and I will help my brother's and sister's in the north or the south. Anyway good luck with the movie.

TJ
Who lives at The Shore

Wanna' start a bar fight with someone from Monmouth County? Ask him if he's from North OR South Jersey!

For all of you, out there, who seem to think that the entire state can be neatly divided between North and South, wake up! Central Jersey has always existed but you can't seem to wrap your heads around it because you're too busy fighting over your sports teams, with your godforsaken accents!

The reality is all of you seem to think that the part of the state that revolves around your particular identiy is yours and EVERYTHING ELSE is the other. It's not. There are many parts to the Garden State. It isn't just a question of North and South!

OK - There is something different about the Jersey Shore . . . admitted. Lifestyle is the biggest thing I've noted. But I do think that this last post and his "friends" in Bergen County were all cheering the New York Giants' Super Bowl victory this past year. . . but after that? Is there much in common? As always - you debate.

But now all I want (and I am serious and even contacted his PR guy) is for Greg Schiano to just say "We're ALL New Jersey" for our film . . . anyone out there know him? 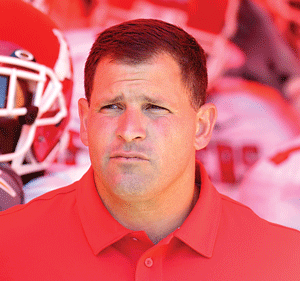