Now, there is a certain smell as you travel on the New Jersey Turnpike, roughly between Exit 11 and North. It is hard to refute this . . . we trust our noses.

Additionally, many visitors to the New York Metropolitan area, fly into Newark Airport and never stay in New Jersey . . . they go right into the City. They catch that smell and coupled with the sight of oil refineries and other eye sores in the area - a certain negative vision of New Jersey is etched quite rapidly into visitors' minds. However, North Jersey is not all of this.

There is the beautiful Northwest as seen in Sussex, Warren and Morris counties. Even Passaic county, with the most chain stores on one roadway that I've ever seen (see Route 3 in Clifton for yourself), has much beauty in its far North. 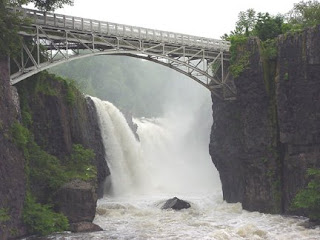 Bergen has the posh lifestyle - great downtowns, an abundance of high end shopping malls and of course - something that is rampant in North Jersey: nail salons.

In Essex County, where I work, there are even more great downtown areas (have you strolled through Millburn ever?) Even Newark is revitalizing with its Portuguese restaurants in the Ironbound area, "the Rock," the new home of the New Jersey Devils, . . . and across the Passaic River in Harrison will be the Red Bulls' new stadium, Red Bull Park.

And of course, there is Hoboken (my current residence) or "playground on the Hudson" as one NJ Transit conductor constantly exclaims. 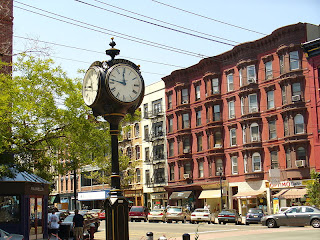 So yes, there is a certain "smell" in some parts of North Jersey. And it definitely has its share of eye sores (none worse than those in Gary, Indiana). But North Jerseyans have their ego for a reason up here. The assortment of arts, culture and beauty are what many locals think of . . . instead of the congestion, the economically depressed towns (well - they do exist) and the haze.

Sure New Yorkers bust on North Jersey all the time. But when you are so close to one of the greatest cities in the world - that is bound to happen. North Jersey still has a large amount of culture that is a result of being near the creative nexus that is NYC . . . . and despite the comments, it has more to offer than just guidos. 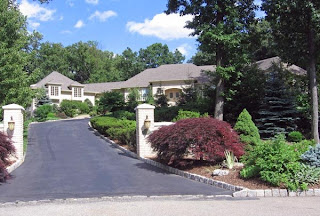