Why we sometimes drive longer distances to the Shore 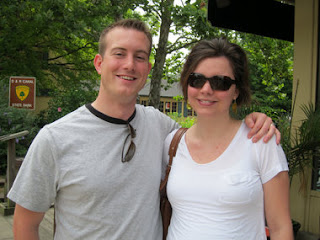 In a post a month ago, I discussed that roads in New Jersey contributed heavily to where we vacation down the Shore. They sometimes act as barriers and reinforce our beach patterns. But there is also evidence to the contrary:

We might be willing to endure longer and more unpleasant drives if we can be around our more familiar packs.

Packs, as in wolves? Yep. We're pretty animalistic, ritualistic and even nostalgic on where we go to the Jersey Shore. We like to be with our familiar crowd, where we can visit the places from our youth. Even though many people have relocated in New Jersey, sometimes their beach preferences remain the same. That sometimes requires longer travel for the people in the geographic fringes of the state.

Take my town of Lambertville. It's north of Trenton and on the Delaware River. The closest beach is Belmar. So I did a survey of 100 people of all ages in town. The results are below: 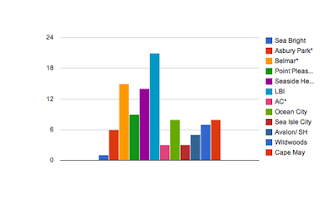 Belmar ruled with day trippers and younger people. Seaside had bigger numbers because many go to Island Beach State Park. LBI continues to be New Jersey's cultural North-South mixing bowl (if you have a car - that post coming later). But geographically speaking, Monmouth County beaches should dominate this list. However, the pattern showed that locals here are willing to drive farther to LBI and even south. For a town not in South Jersey, the representation of beaches south of Atlantic City is pretty remarkable. Maybe it's because Lambertville and many of the Hunterdon river towns are different in character than the rest of the county. They're tied to Bucks County, PA economically and culturally. Maybe it's because Monmouth County beaches are more year-round residential. But overall, I'm finding a good portion of New Jerseyans who will drive a longer distance just for familiarity. If you own a house or have colleagues or friends that do, it might lock you into your Shore town forever, no matter where you move to.

One guy at a lumber yard in town said, "I go farther because I don't want to sit next to Yankees

and Mets fans when I'm on vacation at the Shore." The people around nodded in agreement. Lynn Hetelson of Klines Court Antiques, who goes to Margate City told me, "I go where my friends are, where my family is. If I went to Point Pleasant Beach, I wouldn't know anyone."

But it also depends on a day trip or a week. Lambertville resident Cindy Ege said, "When focusing on one day, it's a different choice than one week." 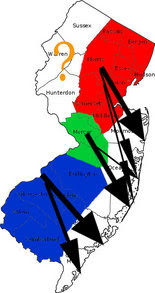 But what about north, the upper Northwest of Jersey? To residents there, the day trip is not as attractive an option. To investigate, I called municipal offices in Milford, NJ and was told: Seaside Heights, LBI, Ocean City and Wildwood Crest. No Point Pleasant Beach and nothing in Monmouth County, the shortest trek. Going to LBI almost adds a full hour onto the drive, compared with any Monmouth County spot. So it got me thinking:

Do you drive longer to go to the beach? Why?

I'm particularly interested in hearing from those who live in the west Skylands: Sussex, Warren, parts of Morris and Hunterdon.

We go to Ocean City every May for 4 or 5 days, and we are in Morris County - a 2.5 hour drive when there is no traffic. We take the long trip because it is tradition and we love the boardwalk, our hotel, the beach, everything.

During the summer, though, we do late-afternoon day trips, and for that we stay close by, either Ocean Grove or Point Pleasant,depending on the level of noise we can take ;-) Those are both roughly an hour and change away.